*DISCLAIMER* - This statement has not been evaluated by the FDA. This blog is not intended to diagnose, treat, cure, or prevent any disease.

The name ‘Chai’ is just the Hindi word for ‘tea’, however, the milky sweet tea we order in coffee shops has very little to do with the origins of Indian Chai. Across all continents, the recipes for Chai vary. Its traditional ingredients include strong spices such as cinnamon, cardamom, cloves, ginger, and peppercorns. Traditionally, Chai was used in medicinal practice, the herbs were used for their digestive and antiseptic properties before milk and sugar were later added. This is what gave Chai the popularity that it still holds thousands of years later. Drinking Chai has many benefits, not only does it taste good, but it does good!

Chai is good for the brain

The ginger and black tea contained in the Chai has been known to help improve cognitive function and focus. There is a moderate amount of caffeine which significantly increases alertness and gives us that boost of energy when feeling tired. It does this without the usual side effects of other teas and coffee, no shakes or jitters, making it a good drink to give you that little boost during the day.

There are plenty of ingredients in Chai that help with relieving pain. Ginger, cardamom, cinnamon, and black tea all have properties that can help with reducing inflammation in the body. Whether it is for temporary injury-related inflammation or chronic pains, a cup of chai has powerful anti-inflammatory effects. This can reduce muscle soreness and has also been known to help with diseases such as IBS and arthritis. The small caffeine content that is present in black tea has been recognised to help increase the efficacy of pain killer medications. This has a knock-on effect on things such as headaches and menstrual cramps. Many of Chai’s ingredients also have antimicrobial properties, again helping soothe the pain of an upset stomach or sore throat, for example.

The beautifying properties of Chai

A daily chai tea-drinking habit can also have its benefits for your appearance. Black tea contains many compounds such as zinc, magnesium, and potassium. All of these have antifungal and antimicrobial properties. These will not only protect your skin from issues such as acne but also help hydrate and rejuvenate it, making it appear healthier and more nourished. Similarly, these compounds attack the harmful bacteria in your mouth responsible for the build-up of plaque which can, in turn, improve your oral health.

Chai as an immune booster

If you’re feeling under the weather, chai tea may help. It is rich in antioxidants and has antiviral properties which can help to fight off common colds and the flu. On top of that, these ingredients can boost heart health due to the reduction of cholesterol and plaque build-up in the bodies arteries and have even been known to prevent some cancers and degenerative diseases.

Celebrate National Chai Day with us and cafes across the country. At House of Rajas, we have an abundance of flavours of chai, from lemongrass to turmeric, as well as chai flavoured snacks, all with a rich aroma and flavour that will keep you wanting more.

Andy Hall

Read More
We love shopping here. Always well stocked with everything we need. Friendly, helpful staff too
Rupinder Kochhar

Read More
Excellent and authentic taste of Indian food. Staff is very friendly as well. We buy from here for all occasions and picnics. Would definitely recommend it.
Mohammed Hassanali

Read More
Know this place for the last 30 years. We go more for food stuff than clothing. High quality ingredients.
Previous
Next 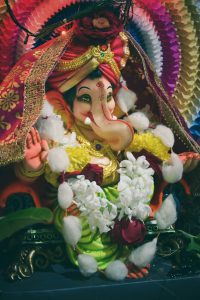 The Story Behind the Celebration    Ganesh Chaturthi will be celebrated on August 30th this year. The festival marks the birthday of 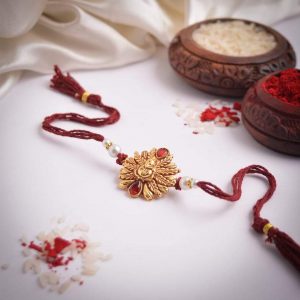 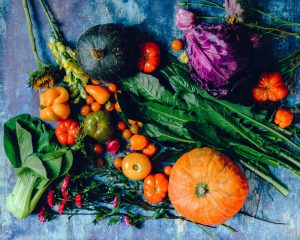 *DISCLAIMER* – This statement has not been evaluated by the FDA. This blog is not intended to diagnose, treat, cure, or prevent

Tell your friends we are here!

Stay informed of what is  going on at the House of Raja’s.

This website uses cookies to improve your experience while you navigate through the website. Out of these, the cookies that are categorized as necessary are stored on your browser as they are essential for the working of basic functionalities of the website. We also use third-party cookies that help us analyze and understand how you use this website. These cookies will be stored in your browser only with your consent. You also have the option to opt-out of these cookies. But opting out of some of these cookies may affect your browsing experience.
Necessary Always Enabled
Necessary cookies are absolutely essential for the website to function properly. This category only includes cookies that ensures basic functionalities and security features of the website. These cookies do not store any personal information.
Non-necessary
Any cookies that may not be particularly necessary for the website to function and is used specifically to collect user personal data via analytics, ads, other embedded contents are termed as non-necessary cookies. It is mandatory to procure user consent prior to running these cookies on your website.
SAVE & ACCEPT